My Brother’s — and Sister’s — Keeper 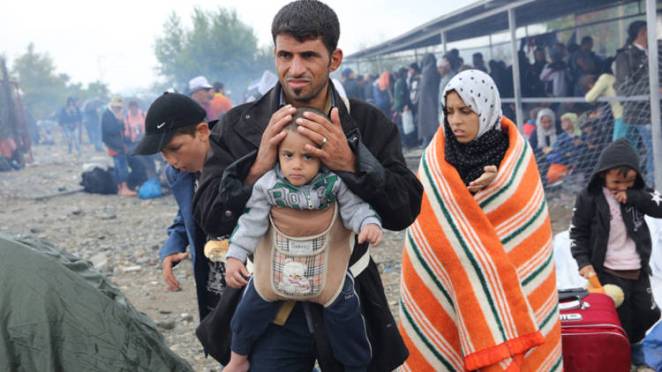 There’s a common expression in English that is used when we find ourselves in a situation in which we are being asked to be responsible for someone for whom we don’t feel responsibility:  “Am I my brother’s keeper?”  When we use the phrase, we are saying that we don’t feel that we are responsible for the person under discussion, or the actions they have taken.  In other words, we use it to say, “It’s not my problem.”   And, in my experience, it gets used as if it’s a positive statement, with the user sure that he or she is justified in feeling he or she truly is not responsible for this other person, and that this should be easily recognized and seen by those around them.

It seems that we don’t often stop to consider the source of that phrase, and the fact that in its original context, it is not meant as either a positive or defendable response.

The phrase comes from an incident in the biblical book of Genesis (chapter 4), as part of the story of the rivalry between Cain and Abel, who along with their parents, Adam and Eve, are meant to symbolize the beginnings of humanity.  In the story, Cain becomes angry at Abel because Abel’s offering to God is “accepted” and Cain’s is not.  The reasons are never entirely clear, and one might forgive Cain for being ticked off at this apparent arbitrary decision on God’s part not to accept Cain’s offering.   The key phrase in terms of understanding this is perhaps the line that says “God had regard for Abel and his offering”, which perhaps is meant to be an indication of Abel’s character as opposed to Cain’s which, ironically, is revealed in what follows.

In his anger with Abel (which is really misdirected anger with God), Cain kills his brother. In the story, God — who knows full well what has happened — asks Cain where his brother is, and Cain’s response is the one that has become our common expression:  “I do not know; am I my brother’s keeper?”

So in this story (which should be read symbolically rather than literally), the phrase that seeks to absolve Cain from responsibility for his brother is a phrase that is used to cover up a murder, to cover up what is the worst thing that one human being can do to another.   It is a story in which Cain seeks to justify his disposal of his brother by disavowing any responsibility for him — by disavowing his connection to him.

God finds this response unacceptable, of course, and requires Cain to leave his home and to wander in the world.  Cain worries about his own safety, what will happen to him when he encounters other people who don’t know him.   Ironically, Cain worries that he will meet the same fate as Abel, but at the hands of a stranger.  God places a mark upon Cain which, in some mysterious way, serves to protect him, warning others not to mess with him.   But the effect of Cain’s act is that he becomes a refugee, he becomes a wandering soul without home nor people, and he must live the rest of his days in the knowledge of what he did.

One of the lessons to be drawn from the story is that we are not supposed to emulate Cain. In other words, we are never to say, “Am I my brother’s keeper?”, because we are to realize that we indeed are our brother’s keeper — and our sister’s keeper.  We are meant to recognize that we are connected to our fellow human beings upon this planet, and the connection makes us responsible for their welfare.   We are not to emulate Cain because we are not allowed to pretend that the well-being of others has nothing to do with our own.  And Cain’s wandering in the world is, I think, as a wandering advertisement for this truth.   The mysterious mark, whatever the authors of the story imagined it to be, was a mark of our common humanity, and Cain was a sign to others that they could not hurt him because he was them, they were he, and their fates were inextricably bound together.

We find ourselves at this moment in human history awash in refugees, people who have been forced to wander the world without home, place, or people.  Except that they have not been made to wander as a result of any crime they have committed.  Instead, they have been forced to wander the world because of the crimes of others.   At the same time, this rising tide of refugees has led to a rising tide of fear toward them.  Rather than directing our attention to that which has left them as refugees, we more often choose to focus on them as “the problem”.  And as a result, we are increasingly tempted to say, “Am I my brother’s keeper?” in response to the question about what is to be done for them.   There is a great temptation to say that we are not responsible for them, which means we have no obligation to welcome them or make room for them in our lives or in the lives of our communities.

But clearly, as the Genesis story is meant to tell us, this is not what God would call us to in this moment.  Today’s refugees wander the world as a sign to us not of that which we are to fear, but as a sign that we are all connected to one another, and that we ignore that connection at our own peril.   The mark of the wanderer demands attention and response.  Just as Cain was wrong to pretend that he had nothing to do with his brother, so we are wrong to pretend that the refugee problem has nothing to do with us.

It comes down, once again, to that most basic teaching of Jesus:  “Love your neighbor as yourself.”   And when asked by someone who our neighbor is, Jesus made it clear that our neighbor is the person most in need of our help.