Terrified of a Clock 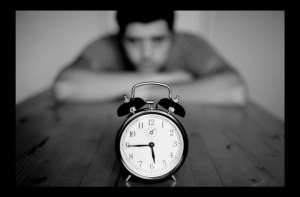 This morning, the inter webs were filled with the story of Ahmed Mohamed, a 14-year-old student at a Texas high school who was arrested and removed from school after he brought a homemade clock to show his engineering teacher.  The boy is, by all accounts, something of a genius.  He tinkers with things, and has made everything from a radio to a Bluetooth speaker.   In this case, he made a digital clock and brought it to school, hoping to get noticed.  Well, he certainly did get noticed.  His English teacher thought it looked like a bomb, and apparently so did the administration.  The young man was pulled out of class, escorted into a room with five police officers to be questioned, and ultimately taken out of school in handcuffs.   No charges are being filed — everyone involved acknowledges that he intended no harm.  And the school is being defended as having legitimately reported what was regarded as something suspicious.

The real question at the heart of this incident is this:  If the same clock had been made by a caucasian boy with an English name (rather than by a boy whose family is Muslim, from Sudan and who has an Arabic name), would the school have reacted in the same way?

It’s probably not a question that can be answered.  Those who don’t want to think that this incident has anything to do with racism would probably say yes, and those who see racism at work would probably say no.  But the whole thing leaves me unsettled.

It leaves me unsettled because I can’t help but think that his Arabic name and his Muslim religion did influence the way everyone connected with this incident reacted.  Over the years, the United States has, it seems to me, been developing an ever-greater fear of the “Other”, those who seem different from what we consider the norm, and the rise of Islamic extremism has meant that Muslims and people of Arab descent are very much in that “Other” category.  We have learned to be afraid of them, and various public figures and media outlets have encouraged that fear.  I don’t think that the school officials in Texas were really afraid of Ahmed’s clock.  I think they were more afraid of Ahmed himself.

It also leaves me unsettled that a boy of 14 was led away in handcuffs.   Surely a close examination of his clock at school would have revealed rather quickly that it wasn’t a bomb.  Did he really need to be treated in this way?  In speaking of the experience of being arrested and handcuffed, Ahmed has said, “It made me feel like I wasn’t human.  It made me feel like a criminal.”   And that’s another way that racism, Islamophobia, and fear of the “Other” works:  it makes those who are on the receiving end of our fear and suspicion feel less than human.  Because, in truth, our fearfulness of the “Other” makes them less than fully human in our own minds, and once we have reduced someone else’s humanity, it makes it easier to do things to them that we would normally never do to another person.   History is replete with examples of cruelty rooted in a denial of another’s full humanity.

It is a tragedy that the creative enthusiasm of a young man like Ahmed could be criminalized in this way.  There was a time when we talked about encouraging such creativity, understanding that by doing so, we could be supporting someone who might some day create something that could benefit us all.  We used to talk about the importance of having a curious mind.  But how easily all of that goes out the window when the creative mind in question lies within a human being of whom we have learned to be afraid.

Fear is not a religious or spiritual value.  When we are afraid, the smallest part of ourselves is activated, and good decisions are seldom the result.  Fear clouds our perception, moves us out of our best self, and disrupts our grounding in God.  It diminishes our own humanity as much as it diminishes the humanity of those toward whom our fear is directed.

Perhaps Ahmed’s story can help us think about the stories of the “Other” that we carry with us, the stories that diminish other people and make us afraid.  Perhaps Ahmed’s story can help us reexamine these destructive stories, and help us find our way to a new narrative that is based not in fear, but in hope.  Because Ahmed’s considerable talent should not leave us afraid.  It should make us hopeful for the future.