Who Are the People of God? 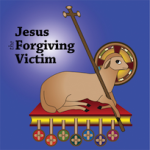 If you are at all a regular reader of this blog, you will probably have figured out by now that I have become rather a fan of the theology of James Alison.  A key element of his theological perspective is to read the biblical tradition from a different point of view.  Specifically, the point of view of Jesus, whom Alison calls the Forgiving Victim.  He finds, within the New Testament itself, suggestions as to how one is to do this.  And at the heart of this project that Alison sees God undertaking in Christ is to uncover the way in which human beings acquire an identity at the expense of some other person or group, thereby making that person or group into a victim.  For Alison, the life, death, and resurrection of Christ make this mechanism abundantly clear, and then invite us into the possibility of creating a new kind of unity, one that does not depend on this victim-making mechanism.  Christ gives us back to ourselves in a new way, and collapses all the categories that define who is “in” and who is “out”.

My exploration of James Alison’s thought has got me thinking about that phrase, “the people of God.”  Quite often, I think, we hear (and some of us use) that phrase in a kind of smug sense, because we bring to that phrase the assumption that the “people of God” somehow defines an “in” group over against an “out” group.  We assume that it means, “We are the people of God, and you’re not”.  And, indeed, many times when this phrase is used, that is precisely the sense that is intended.  But if we take Alison’s reading of the tradition seriously, then we are able to see that the reality embodied in “the people of God” is one that is being pushed open more and more, to become more and more inclusive, reaching toward that ideal where categories collapse and there no longer any such thing as insiders and outsiders.  And this does not mean that everyone becomes Christian.  It means that we move into a space where we are no longer making victims, where we no longer affirm our identities and lives at the expense of another.

Alison reminds us that the Greek term that we translate as church (ecclesia) means “to be called out”, and if one is being called out, then one is surely being called out to be or do something.  So perhaps we could say that the church (thinking non-institutionally) is manifested when people experience themselves as being called out on a journey toward a new way of being of the type that Alison seeks to describe.   The people of God, then, are not an elite corps of insiders.  Rather, the people of God are those who are moving into this non-rivalrous way of being, people who are seeking a new unity that does not depend on making victims, who are seeking a way of living that is not at the expense of another.  We cannot think that having experienced ourselves as called out on this journey makes us better somehow — for that would put us back into an identity based on rivalry.  Rather, we should simply be grateful that we have been made aware of a new way of being, and given the opportunity to embrace it.

One thought on “Who Are the People of God?”